No Active Widgets in Sidebar Alt

Jubilation took place as Manchester United got off to a winning start in our first pre-season friendly, with a 2-1 triumph at Derby County.

The great Ole Gunnar Solskjaer ensured his squad got a proper run-out but still secured a positive result, with Tahith Chong and Facundo Pellistri scoring the goals, both from the right-wing berth.

Colin Kazim-Richards pulled one back on 70 minutes but the Reds were worthy winners in sweltering conditions at Pride Park, in front of a noisy band of travelling supporters.

FIRST HALF – CHONG ON TARGET

Meanwhile, Debutant Tom Heaton quickly showed his worth in goal with a top-drawer save to deny defender Curtis Davies as the Rams settled quicker in the warm temperatures. The Reds started to gain some control, with left-winger Anthony Elanga often an outlet with his pace causing problems.

However, a breakthrough arrived on 18 minutes, when Max Bird was dispossessed by Chong in a dangerous position. The winger advanced on goal and, when his attempt at a dinked finish ricocheted off keeper Kelle Roos and back off him into his path, the Netherlands Under-21 international was left with a simple tap-in. The Rams appealed in vain for handball and the goal stood.

Derby responded and former Academy graduate Tom Lawrence, who has been named their new club captain, headed over a clear opening at the far post. Heaton then worked wonders again to produce a fine stop to repel Phil Jagielka’s flick, with the home supporters ready to acclaim an equaliser.

Mason Greenwood embarked on a promising run that led to a shot deflecting over off Lee Buchanan as the first half drew to a close.

More so, after Ole made nine changes at the interval, there was another incident when most of the crowd thought a goal was coming as Andreas Pereira rolled a free-kick to Alex Telles and his shot appeared to have gone in, only to nick off the wall and bounce off the hoardings and behind the net.

The ball was in the back of the net, though, when Shola Shoretire supplied a killer through ball for Pellistri to latch onto, round the keeper and slot home in confident fashion for his maiden goal in the Reds’ first team.

Di’Shon Bernard headed off target before Derby got back into the game, courtesy of Kazim-Richards, who buried a low shot past Lee Grant’s right hand. Kazim-Richards led another raid soon afterwards and passed to Isaac Hutchinson, who flashed his finish just wide.

It was almost 3-1 when Jesse Lingard’s brilliant belter from the edge of the box cannoned off the bar, while Hannibal also had penalty claims waved away as United looked to wrap up the victory. There were few scares at the other end, although Will Fish made one important clearing header.

Hi friends, did you find our posts helpful? Please leave a comment with us. Cancel reply 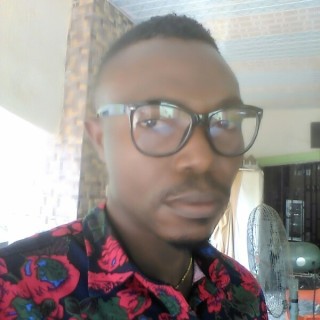 This website uses cookies to improve your experience while you navigate through the website. Out of these cookies, the cookies that are categorized as necessary are stored on your browser as they are essential for the working of basic functionalities of the website. We also use third-party cookies that help us analyze and understand how you use this website. These cookies will be stored in your browser only with your consent. You also have the option to opt-out of these cookies. But opting out of some of these cookies may have an effect on your browsing experience.
Necessary Always Enabled
Necessary cookies are absolutely essential for the website to function properly. This category only includes cookies that ensures basic functionalities and security features of the website. These cookies do not store any personal information.
Non-necessary
Any cookies that may not be particularly necessary for the website to function and is used specifically to collect user personal data via analytics, ads, other embedded contents are termed as non-necessary cookies. It is mandatory to procure user consent prior to running these cookies on your website.
SAVE & ACCEPT
Translate »
Open chat